As former Director of Alliances with Siebel Systems, Sandy spearheaded the creation, structure and implementation of the Siebel Venture Capital Program, which provided Siebel with accelerated market penetration into the eBusiness economy, access to new technology created by startups, and potential equity appreciation of $1 billion dollars in five years. The VC program has invested in companies such as: PeopleSupport.com, MyDrugRep.com, 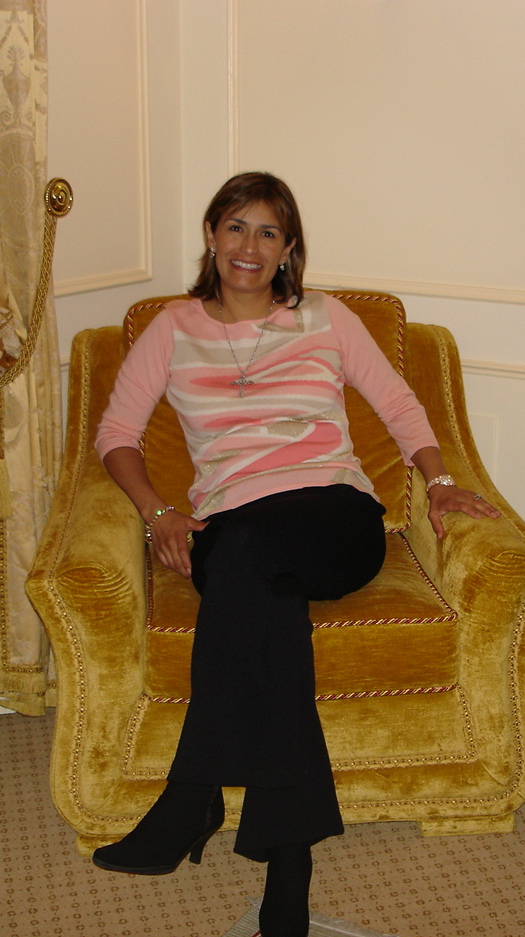 Prior to joining Siebel in 1998, Sandy was the Worldwide Director of Strategy for Oracle Corporation, where she co-conceived and developed the demand-creation and trade promotion modules for Oracle's Consumer Packaged Goods (CPG) Vertical, forecasting revenue exceeding $52 million. She added the retail and discrete manufacturing modules and developed the plan of action for the Industry Network . a virtual trading space somewhat like Nasdaq . designed to become the first CPG eCommerce Portal.

Sandy has been involved with the technology industry since 1992, when she became Vice President of Business Development of ICE, Inc., a business-to-business software tools and consulting company specializing in the development and porting of high-performance software across UNIX, DOS, Windows, and Macintosh platforms. Customers included Apple, The Learning Company, Vantive, Steck-Vaughn, Compton's, Alltel, Systematics, KnowledgeWare, and Sterling Software.

Sandy holds an MBA from Harvard Business School and a degree in International Marketing from Fribourg University in Switzerland and Landivar University in Guatemala. She is fluent in five languages, a dedicated athlete, and a world traveler.

Sandy is married to Jacques Mequet Littlefield and together, they have the happiest baby boy on earth, "Jacques Christian Littlefield."

Jacques Littlefield and Sandy Montenegro Littlefield at the occasion of Greg Beasley & Stefanie Lingle's wedding at the Fairmont Hotel in San Francisco on January 29th September 10, 2005 as it appeared in Gentry Magazine.

The local mainstream media is notorious for continually doing profiles on single dimensional Hispanics who come across as if they refuse to acclimate beyond barrio culture. Most of the more highly profiled Latinos who grab local headlines in the Examiner of Chronicle and other Anglicized media do more harm in out struggle to broaden the Hispanic image than good. They merely reinforce decades-long stereotyping which nails us to a corner from which many upwardly mobile Latinos are trying to pull away. Rarely would a truly sophisticated Latina such as Sandy Montenegro be given the deserving recognition by local Latino groups and major media whose agenda prefers to perpetuate more parochially limiting images.

Sandy is a Latina with beauty, brains, social pedigree, sophistication, good fashion sense, well-read; a business professional with no history of the usual affirmative action handout subsidies, fluently bilingual and socially well-respected in many upscale business and social circles in the Bay Area. She knows, as any true sophisticate advocates, when and how to interface and harmonize with an internationally diverse range of populations. In other words, Ms. Montenegro is representative of the Latinas for this decade and into the year 2000. Latinas such as she have more class than most of the locals who are the usual recipient of awards bestowed by most non-profits whereby they usual just recycle the same names each year. IN many cases, these award functions merely take turns awarding individuals who pose no threat to cultural change. Sandy Montenegro defies cultural stagnation; she epitomizes where most educated Latinos should be within the framework of Hispanic American social and cultural progress.

Ms. Montenegro's biography already reads like an international who's who. She is Vice President of Marketing for Integrated Computing Environment, a software development and consulting company. She holds an MBA from Harvard with an emphasis on entrepreneurial management and international marketing. A former beauty queen from Guatemala, she is fluent in English, Spanish, French, and German. Her attractive figure is maintained through the physically grueling disciplines of swimming, tennis, squash, skiing, windsurfing and she even flies small aircraft. This woman of all seasons can enliven any indoor social event by her additional talents with the guitar and piano.
Her shrewd sense of protocol and physical style has opened a plethora of social and business opportunities normally reserved for the non-minority elite in the Bay Area and in Europe. The socially selective and prominent Red & White Ball annually boasts of having Sandy as one of the prominent members of the coordinating/planning committees for their major events.

As in years past, Ms. Montenegro wand other locally impressive young cosmopolitan moves and shakers under the leadership of Ms. Peri Livermore will host their annual Red and White Ball on December 12 at the St. Francis Hotel. This year tickets are $135 for the under 35 age bracket and $175 for the rest. The event is a sell-out every year, however for possible available tickets, their phone is 885-1622. The proceeds go to San Francisco Beautiful this year.

Sandy and Jeannik Littlefield at the opening of the San Francisco Opera on September 10, 2005

The picture as it appeared in local newspapers:

Sandy and Jacques Littlefield Supporting the California Academy of Sciences

The picture as it appeared in Gentry Magazine: 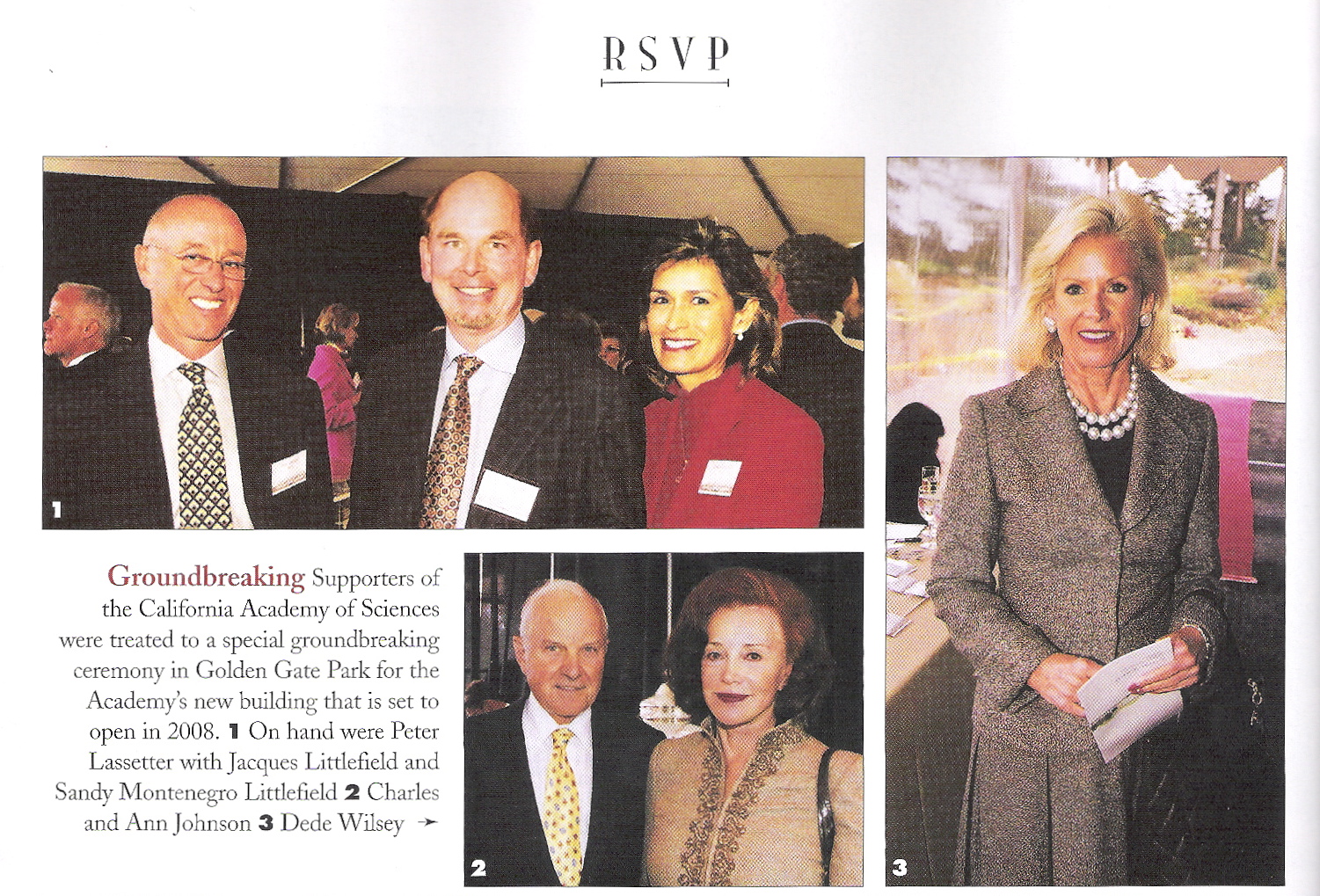 Sandy and Jacques Littlefield Supporting the California Academy of Arts

The picture as it appeared in the Nob Hill Gazette: